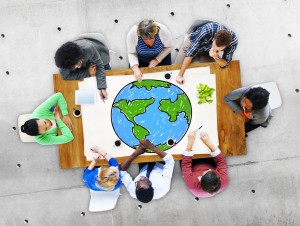 An increasing amount of money will be sent around the world over the next two years according to World Bank; and Money Transfer Applications will have a big role to play.

Amidst increase in remittances figure and good economic growth in the developed countries (a source of most of the remittances), money transfer industry is set to grow at a rapid rate as well. The numbers stated above needs a medium to be transferred; especially to developing countries. It is the money transfer businesses that will eventually have to pass these massive amounts from one place to another. Thus, money transfer applications, or apps, will have a big role too.

It is continually getting difficult, in our fast-paced lives, to manage various activities at the same time. This is why mobile applications help us a great deal. Paying various bills, recharging our accounts and transferring money, are few of the many things we can do through our mobile phone applications. The Money Transfer Application allows a user to send its money from one place of the world to another through its smartphone applications. These applications are specifically designed for money transfers and are highly secure. Sending money through these apps is quick, secure, reliable and easily accessible.