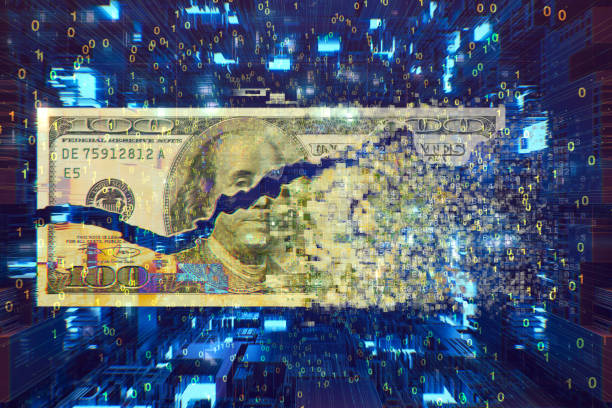 The rise of the digital world and remote-based work has led to the creation of more job opportunities for everyone across the globe where people are operating in a borderless economy and as such, has led to an increase in the movement of money via transactions. Consequentially, money services providers such as money transfer operators (MTO), bureau de change businesses, and banks offering remittance services have tripled.

However, such an influx of money exposes financial institutions to risks of financial crimes as criminals devise new ways to launder money and perform other criminal activities through the money transfer ecosystem. Anti-money laundering rules, protocols, and technologies were developed over the years to curb these crimes and protect the organization from risk.

As a money service business, it’s important to understand anti-money laundering purposes and the modern AML technologies leading MTOs, banks, and currency exchange are using today to protect their business from being implicated in financial crimes.

The use of artificial intelligence (AI) in AML and KYC measures, instead of the traditional set of rules, would lift a burden off your company’s shoulders. What’s great about AI is that it is deep learning, meaning, it is continuously learning. It does this first by tapping into its previous knowledge and constantly updating itself, allowing it to predict future actions. AI is also capable of tracking patterns or suspicious behavior which are not that noticeable to the human eye.

Moreover, API integration means that AML and KYC technologies could still be implemented on existing money transfer services such as consumer records given that they could be easily accessed on both applications and web-based systems.

Another feature of AML and KYC technologies is their enhanced screening and monitoring of money transactions. It specifically weeds out suspicious money activity or any unusual patterns. Some can even be configured to tap into watchlists like those from Interpol as well as wanted lists.

This feature allows institutions to identify individuals and entities that could pose a threat to their business. It is also quite handy for customers remitting money abroad as well as identifying politically exposed persons (PEP), who are more vulnerable to committing crimes like bribery or money laundering.

One noteworthy feature of the latest AML technology is the analysis of an individual’s social biometrics. Simply put, the system analyses a client’s social media footprint, their internet surfing behaviors, IP addresses, and even the time they spent on websites. This particular feature is notable because this is the kind of information that can’t be gathered using other sources.

In doing this, an organization will be able to determine whether their identity is being forged or if there is anything unusual about their recent behaviors. This could help alert to possible suspicious or even criminal activity such as unusual purchases made on the internet, a viable transfer of money, and the like.

Part of compliance with AML regulations and to safeguard one’s business is to know your customer. Your organization would benefit from using ID verification but AML technology takes it a step further by implementing digital ID verification. It involves the use of biometrics such as fingerprint, face, and voice recognition, and with some software even going as far as requiring a customer’s iris scan. The consumer could do it in person or online where they would upload documents proving their identity such as a government-issued ID card and undergo a multi-step authentication to confirm their identity.

Seeing as how the majority of customer information is being digitized, this would ensure high-risk institutions like banks, hospitals, or insurance providers could safeguard their customer’s private information by having a HIPAA compliant money service when it comes to their transactions. That way, a customer’s sensitive information like patient history or bank details would not fall into the wrong hands.

Even though automated AML and KYC technologies are quickly gaining traction, institutions still find it difficult to transition from their traditional approach. Part of that reason is onboarding customers, which prove to be rather time-consuming. or startup enterprises are quickly embracing automation.

Not only would it make onboarding more efficient but it would give you the ability to periodically collect and update data from the client, including where their money originates, but also minimize human errors such as loss of paperwork or lack of an audit trail.

Why Your Firm Should Adopt AML and KYC Technologies

Money service businesses process massive volumes of money transfer transactions daily. At that rate, it is easy for employees and mediocre systems to get overwhelmed, leading to discrepancies or failure to observe fraudulent activities within transactions. All it takes is one unchecked entry to pass through a red-flag transaction. Such failure is the opportunity money launderers are waiting for.

Implementing AML and KYC technologies would reduce a significant margin of error, in particular, data entry, as well as lack of a clear paper trail as the technology, would be able to keep up with the influx of information. Not to mention, it would reflect in real-time or almost in real-time, thereby reducing bottlenecks and allowing firms to retain their customers.

AML and KYC technologies equally help your business to automate the data entry, checks, and trail processes. This saves you resources on maintaining a compliance team and time on manual actions, so you focus on productive aspects of your business.

Financial institutions can never be too careful when it comes to safeguarding their businesses. It is important that they implement the latest KYC and AML technologies to allow them to comply with the ever-changing AML regulations and to do so in an efficient manner. It would simplify their existing processes, reduce room for error, and help their business grow, particularly for businesses involved in international remittances and borderless banking.

For example, MTAComply is the Money Transfer Application technology for automatically detecting smurfing or structuring within transactions. It works by searching the database to identify the number of transactions received by the beneficiary or transmitted by the sender over a given period of time. This gives a good indication of the possibility of illegal activities.

MTAFaceMatch, our cutting-edge anti-fraud face recognition technology takes a face picture of beneficiaries or senders and compares them against a database of other faces captured during past transactions. It identifies if that face has performed a transaction under a different name in the past. This way we are able to detect fraud and potentially fraudulent activities.

Learn more about the Money Transfer Application and how our technologies streamline your business and protect it.