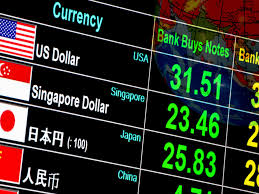 Currency rates rise and fall throughout the year. The constant buying and selling of currencies make the exchange rates fluctuate – non-stop. The variation in the exchange rates has effects – good effects for some, bad effects for others. Following is a brief explanation of how fluctuation in exchange rates affects businesses, and how money transfer businesses can benefit from it.
An exchange rate is the value of one currency in terms of another currency. In simpler words, amount of pounds/pennies needed to buy one dollar, or the amount of dollars needed to buy one pound. Today, the exchange rate between the US dollars and British pound is £1 = $1.6. It means that one pound can buy 1.6 US dollars, or in other words, $1.6 can be exchanged for £1. But an interesting, and an important, question is that why do currencies/ exchange rates fluctuate?
The exchange rate fluctuates because of demand and supply in the currency markets. Yes, there are currency markets that work non-stop, 24×7 throughout the year. People buy and sell currencies in the currency markets. Normally, the buyers and sellers in the currency markets are the representatives of the banks and businesses that need foreign currency to make payments in the foreign country. For example, a large bank or a business may decide to open a branch in a foreign country. To meet the expenses of opening up a new branch, the bank or the business needs foreign currency. So, they buy the currency in the currency market, and hence meet the expenses.
This demand and supply of currency make the exchange rates fluctuate. An increase in demand in one currency would result in a higher rate of that currency i.e. higher price of the demanded currency. Similarly, if a currency is supplied in abundant amount on the market, then the price of that currency may fall down – basic economic principles of how high demand results in high prices and high supply results in low prices.
However, the rise and fall in the exchange rate have an overall effect. By overall effect I mean that a variation in exchange rates may affect businesses throughout the country. Let’s take an example of an import-export business. An importer that imports furniture from the US to the UK will benefit a great deal if pound’s value increase in terms of US dollars. If one pound was equal to $1.65 then the importer would import, let’s assume, 10 chairs. However, if pound’s value increases and now one pound is equal to $2, then the import business can afford to buy more than 10 chairs. This is because, after the rise in pound’s value, the business can buy more with the same amount of British pounds than it could before.
Questions can arise that not all businesses are imports and exports businesses, and hence how do other businesses benefit from the variation in exchange rates? The following example answers this question. Let’s suppose there is a restaurant in a top tourist destination in the US. If dollars decrease in value, then the holiday packages become cheaper in terms of British pounds. This is so because one pound can buy more things in dollars now, than it used to. So people who couldn’t afford the holidays to the US before the variation in exchange rate, can do so now. So a higher number of tourists would make it to USA, and hence to the restaurant that is situated at the top tourist spot. Eventually, the restaurant will have a higher number of customers.
Amongst the fluctuations, money transfer businesses can benefit a great deal. A rise or drop in exchange rate would make people send more money across or frequently in order to benefit from the exchange rate. As the number of transfers increase, the money transfer businesses will have more business to do, and hence charge their fees in greater number.