eNaira and What it Means for Cross-Border Payments in Nigeria

admin Posted on April 13, 2022 Posted in Uncategorized No Comments 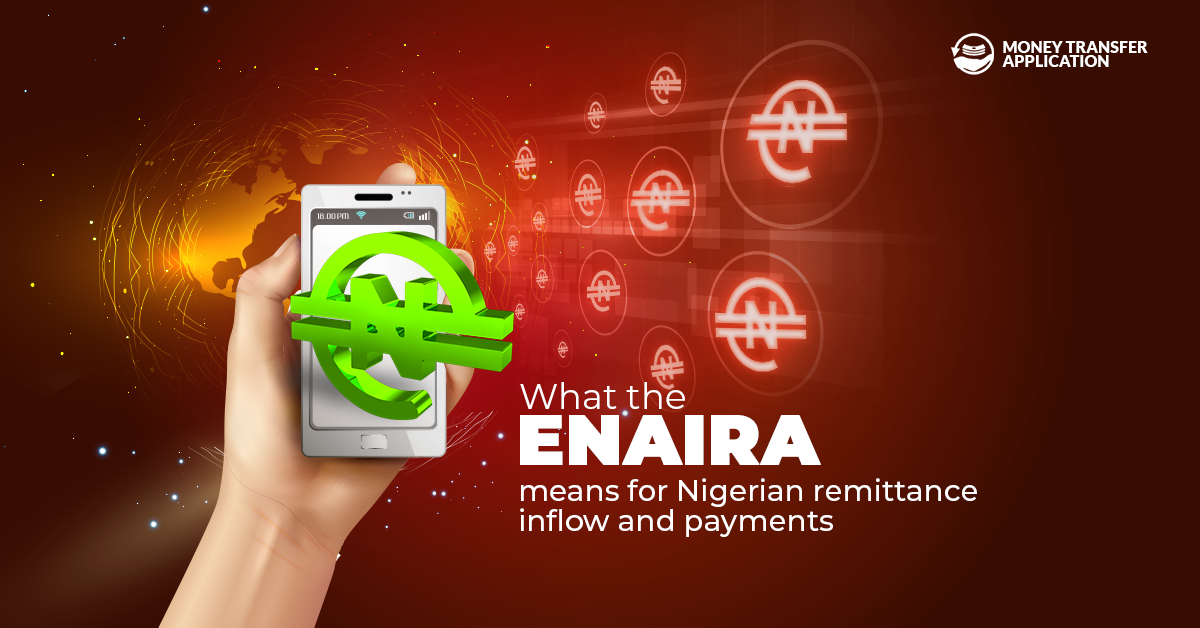 The Central Bank of Nigeria’s (CBN) plan to introduce a digital Naira (the eNaira) has been met with both positive reactions and skepticism. Many Nigerians question the viability of a digital Naira given the uncertainties around cryptocurrencies, the attached cyber risks, and policy concerns.

On the flip side, certain experts identified the eNaira as a potential reviver for the Nigerian economy, especially in the area of local and international trade, government relief aids disbursements, taxation transparency, and cross-border payments. Plans to launch the eNaira on October 1st, 2021 fell through as the CBN postponed the launch date.

eNaira – Keying into the CBDCs Trend or a Necessity?

Since governments and financial institutions around the world experienced the cryptocurrency and Decentralized Finance (De-Fi) boom, Central Banks worldwide entered the race to adopt Central Bank Digital Currencies (CBDCs) – some might say to pre-empt the eventual disruption of the financial system.

As of 2021, around 81 countries are exploring CBDC developments with 13 countries in advanced stages. China remains the frontrunner in developing a Central Bank Digital Currency (CBDC), completing a trial of the DC/EP (digital yuan) in September 2021 and currently rolling it out on major e-commerce platforms within the country. Sweden comes next with the e-Krona in the testing phase, while The Bahamas have prototyped the Sand Dollars since 2019.

In Africa, 10 countries are already exploring CBDCs including Tunisia, Senegal, Ghana, Morocco, South Africa, Eswatini, Rwanda, Egypt, Kenya, and Madagascar. The Nigerian eNaira, therefore, is more or less a move expected from the CBN; however, it raises the question ‘why?’ Do Nigerians and the Nigerian economy really need the eNaira, or is the CBN simply keying into the CBDC trend?

While the CBN has listed several benefits of the eNaira, its potential impact on cross-border payments and remittance inflow into Nigeria is a point of concern for many, especially IMTOs, local MTOs, remitters, and beneficiaries.

1. Reduce the cost of cross-border payment

A report by the Bank of International Settlements (BIS) claimed that CBDCs could slash the cost of cross-border remittance by as much as 50%. This conclusion was drawn from phase two of a Project Inthanon-LionRock involving the Central Bank of the United Arab Emirates, the People’s Bank of China, and the Hong Kong Monetary Authority.

This discovery would rob off the eNaira and impact cross-border payments in Nigeria. The major drivers of this cost reduction would be the significant reduction in processing stages, time, and regulatory hurdles involved in cross-border payments at both the remitter’s resident country and Nigeria. However, this would largely depend on major remittance sending nations launching viable and sustainable CBDC projects. We are years away from that reality.

2. Improve efficiency and speed of remittance

As seen with technological improvements of manual processes, a digitalized global remittance system would inherently reduce transaction speed and efficiency. The BIS report stated CBDCs could shorten cross-border transaction throughputs from 3 to 5 business days to only a few seconds.

Once the eNaira takes effect, beneficiaries would be able to receive payments from remitters abroad within minutes of sending. With international remittance inflow, the degree of efficiency and speed would again depend on the CBDCs of major countries remitting to Nigeria. However, we would see immediate, significant improvements in the efficiency and speed of Nigeria’s domestic remittance as this is entirely dependent on the wide adoption of the eNaira in inter-bank and cross-banking payments.

Illegal and unaccounted remittance inflow remains a thorn in the CBN’s flesh despite the US Dollar measure taken last year December and Naira 4 Dollar scheme implemented earlier this year. Unlike physical cash, electronic currency can be tracked, traced, and retracted. The eNaira would give the CBN greater control over remittance inflows and outflows and properly account for both.

4. Ease of Government and Aid disbursements

The 2020 pandemic showed the world the limitations of cash transactions and the power of digital payments. The eNaira through the e-wallet would assist faster aid disbursements from governmental bodies or NGOs in Nigeria. At full scale and in line with the CBDCs of major countries sending remittance to Nigeria, aid from international agencies would flow directly to beneficiaries faster and with little friction.

What’s Next for IMTOs and local Nigerian MTOs?

Despite the bright-looking future of cross-border payment, the CBN and its technology partner, Bitt Inc, are a mountain of work away from making the eNaira an integral part of Nigeria’s remittance ecosystem. The huge cyber risks associated with CBDCs are yet another problem to resolve.

For International remittance companies and Nigerian MTOs, the time has never been better ripe to fully digitize their remittance business. As remitters around the world and their Nigerian beneficiaries embrace the eNaira, IMTOs and local MTOs would need digital systems and processes compatible with CBDCs and able to payout in eNaira.

The MoneyTransferApplication (MTA) remains one of the leading cross-border payments and remittance software open to continuous platform improvement. We are your best technology partner to fully automating your remittance business and building a CBDC compliant remittance network or platform. Contact us to learn more about digital money transfer operations and how MTA can help your business scale by preparing for the future.